Menu
Get A Quote Now

Gangsu Machinery is professional at making pe film recycling machine line. It can process agricultural film, ground film, trash bags, packing film, industrial film, banana film etc. The production capacity ranges from 300kg to 2000Kg per hour. After washing the film, it will get clean film flakes. If we use squeeze machine, it will get pe scraps. Prepare for the next stage of granulation.

Get A Free Quote

Belt conveyor is a conveying machine. Depends on the capacity, the belt width is different so that the conveying ability is different. The height is adjustable. The belt material is pvc material. 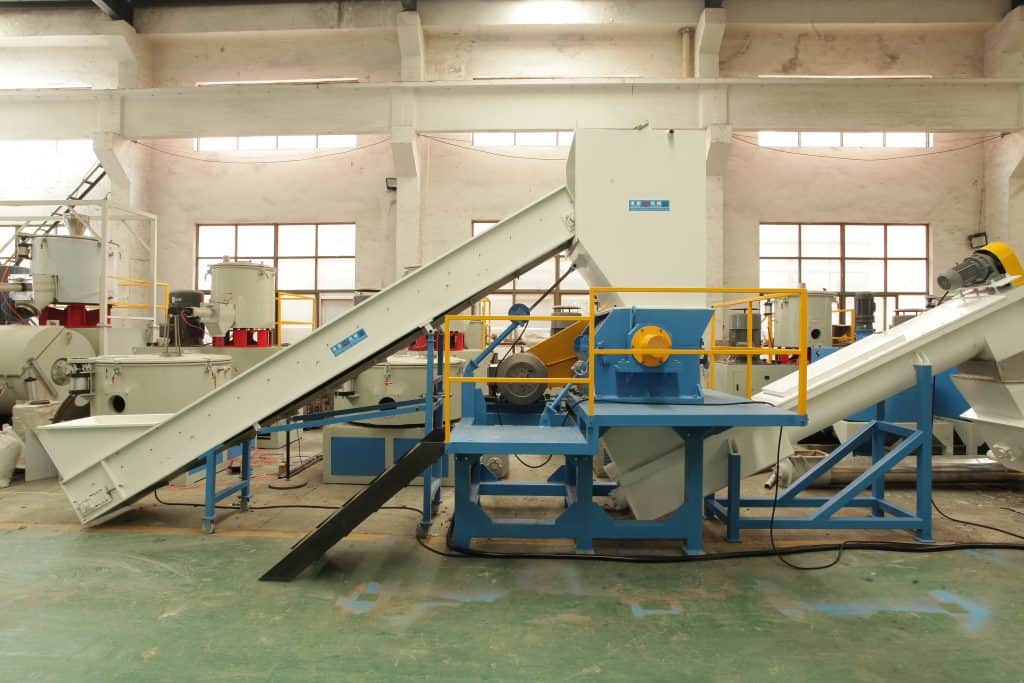 Washing tank washes the crushed film at a certain speed. The propeller roller flap the film material; the dirty impurity sink down to the tank bottom.

Squeezer machine swallower the wet film material, with high compression ratio. The film get dewatered and melted into plasticization. Then the die face cutting the melting material into small size.

GangSu Plastic Machinery Co., Ltd was established in 2002. It is a professional manufacturer integrating the R&D, design, manufacturing, and technical service of plastic machineries and peripheral auxiliary equipment. Our products are sold all over the country and exports of Southeast Asia, Europe and the United States and other countries with excellent performance, perfect service and reasonable price.